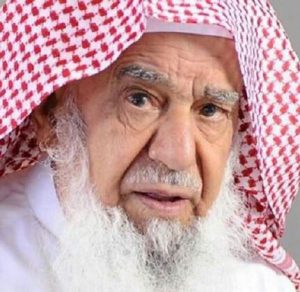 Stories of self-made billionaires who have made it from the bottom all the way to the world of riches provide us with insightful and inspirational moments that any aspiring entrepreneur can learn from.

The story of Saudi Arabian businessman Sheikh Sulaiman bin Abdul Aziz Al Rajhi who started working as a porter when he was just nine, is one of humility, hard work, persistence, generosity and success. He is noted for having transferred his bank shares, poultry farm, and other assets to charity in order to fund anti-hunger efforts and education worldwide.

Once an interviewer asked him, “So you gave half of your wealth to your family and the other half to charity. What have you kept for your expenses? A house? A farm? A salary?”

The following excerpts are from a number of television interviews granted by the billionaire on some of the most revealing and critical stages of his life:

Shaikh Suleiman, have you become a poor man again?

Yes. Now I own only my dresses. I distributed my wealth among my children and set aside a portion for endowment to run charity projects. As far as I am concerned, this situation was not a strange one. My financial condition reached zero point two times in my life, and therefore I have had the feeling and understanding (about poverty) well. But now the feeling is accompanied by happiness, relaxation and the peace of mind. The zero phase in life this time is purely because of my own decision and choice.

Sheikh, why did you choose this path?

All wealth belongs to Allah, and we are only those who are entrusted (by God) to take care of them. There were several reasons that prompted me to distribute the wealth and that resulted in performing this virtue. Most important among them is to foster brotherhood and love among my children and safeguard their harmonious relationship. This is more significant than any wealth in this life. I was also keen not to be instrumental in wasting the precious time of courts in case of any differences of opinion among them with regard to partition of inheritance.

There are several examples that confirms the collapse of companies due to children’s dispute over wealth. Apart from this, I would encourage every Muslim to invest in some endowments that could benefit him in the life after death. Likewise, I prefer to see my children to work on developing wealth – which they would inherit after my death – during my lifetime, to working to increase it.

Are you getting enough free time after the distribution of wealth?

I am still working on developing my endowments. I will donate and give alms from it until Allah takes over this trusted deposit. I have worked out a meticulous scheme for this endowment and developed it with the support of specialists, consultants and agencies. This idea struck me long before. Usually people in the Islamic world set aside one-third or one-fourth of their wealth for endowment and that will be effective only after their death. But in my case, I decided to implement this decision in my lifetime itself. So, I invited my children to Makkah during the end of Ramadan and introduced the concept to them.

They readily endorsed it. Then, I distributed my wealth among my children in addition to setting aside a part of it for endowment. I sought the help of consultants to facilitate the procedures for the distribution of all my assets including properties, real estates and stocks, and that was completed in a cordial atmosphere. All my children are now fully satisfied with my initiative and they are now working on these properties in my lifetime.

I’m most grateful to my Maker that I was able to implement my will in my lifetime. As for the remaining aspect of my will, it involves certain private matters such as encouraging my children to maintain their kinship and always reminding them about the life after death.

How do you feel now about your projects?

I would like to point out that there were some factors that prompted me to make investments in certain specific areas. My experiment in money exchange was the temptation to set up a bank. The absence of any Islamic banking was also another factor in establishing Al-Rajhi Bank, which is now the world’s biggest Islamic lender by market value.

I began the experiment by opening an office in Britain where we introduced Islamic banking system at a greater level. The experiment was a success and it had received total backing of the Saudi Islamic scholars at that time. I still recall the application made for license for the bank was turned down in the beginning. This was because the concerned British officials did not have any idea about Islamic banking. Therefore, I went to London and met with the manager of the Bank of England and two of his deputies. I told them that both Muslims and Christians see interest as forbidden (haram) who are unwilling to make transactions with banks based on interest. Instead, they prefer to keep their cash and other valuables in boxes at home. I tried to convince them about the relevance of Islamic banking system in strengthening the world economy. These talks were helpful in convincing them and they agreed to open Islamic banks. Then, I traveled widely throughout the world in the West and East, and met with the chiefs of central banks in various countries and explained to them about the salient features of the Islamic economy. We started working and achieved success through launching it in the Kingdom and implementing it in London. When I returned to the Kingdom from London, I met the late Grand Mufti Sheikh Abdul Aziz bin Baz and Sheikh Abdullah bin Humaid, and informed them about the plan saying: ‘We would reach, by the grace of Allah, the Islamic banking within a stipulated period of time.’ They praised me for the initiative. We started aggressively to implement the project and today, the result is Al-Rajhi Bank. 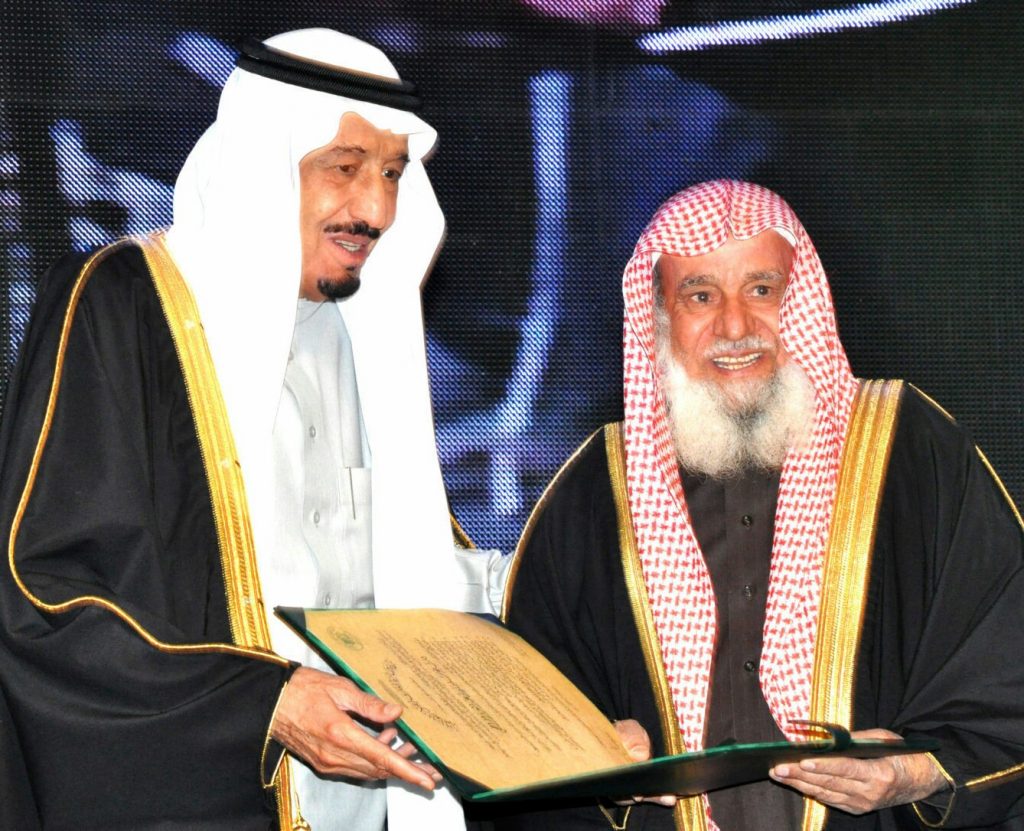 Regarding Al-Watania Poultry, the idea of establishing such a venture struck me after my visit to a poultry project abroad. I saw that the way of slaughtering chicken was not proper – in accordance with Islamic principles. Then, I decided to make investments in the field of poultry after considering it as a duty to my religion and nation. I started the project even though making investments in poultry involved high risks in those days. Now, Al-Watania has become a mega Saudi project that is instrumental in achieving food security in many respects. The company enjoys a 40 percent market share in the Kingdom. Al-Watania chickens are naturally fed and halal slaughtered in accordance with the Shariah principles.

Why did you insist on introducing organic farming through Al-Watania agricultural projects?

As you see, now I am 85 and still enjoy good health. If we pursue organic farming as our healthy food style, we can bring down drastically the cost of health treatment to a great extent. We made several experiments in the field of organic farming. Our numerous experiments met with setbacks in the beginning. This prompted many engineers and workers to reach a conclusion that it was impossible to venture into organic farming and yet nake profit.

Initially, the workers were firm in their conviction that the project would not at all be successful. But, I insisted that it would work and continued to encourage them to proceed with the venture. At one time, I took a firm position and told them either to do organic farming or quit. Now, we are reaping the fruits of this lucrative business in line with my vision to provide only the healthiest, safest and most trustworthy food to consumers. Al-Watania Agricultural Company stopped using chemicals and artificial fertilizers and focused exclusively on organic methods such as the use of pest insect repellants and animal manure.

Your austerity and thriftiness on spending are well known. Please, your comment?

I am not a miser. But, I’m m always vigilant against extravagance. I always try to impart this values to all those working with me whether it is in banking or poultry or other projects. I’m more concerned about it when it concerns my children. In the past, I never gave money to my children when they were young in return for nothing. When any one of them approached me to give them cash, I asked them to do some work in exchange for it. In our life, we practiced some extravagance without being aware of it. But, it affects our whole life, exhausting us and putting a burden on our country. For example, there is no logic in fitting our windows with heavy curtains and then lighting lamps in daytime. Yet, we get sunlight free of cost while electric lamps are costly.

Despite your wealth, why don’t you still own a private aircraft?

Let me tell you that I have many planes but they belong to various airlines. I have ownership in all of them. Yet, I always travel in economy class with the conviction that Allah bestowed us with wealth, so that we may not show arrogance or be extravagant, but to deal with wealth as a trusted property from Allah.

How do you spend your free time?

I have not any special recreations. However, I find happiness and enjoyment while making a trip to the desert. I never went out of the Kingdom on a tourism trip.

How are you involved in your children’s private investments?

A number of them are doing an excellent work in accordance with their knowledge and experience. Most often, I try to guide them when I notice anything undesirable even if it is in their private investments. This is purely out of my keenness to see them succeed and be honest in their work as well as in spending the wealth given by God as a trusted property. I am also eager to hear about my children that they are interacting with the society in the best possible manner, and that they are serving their religion and nation.